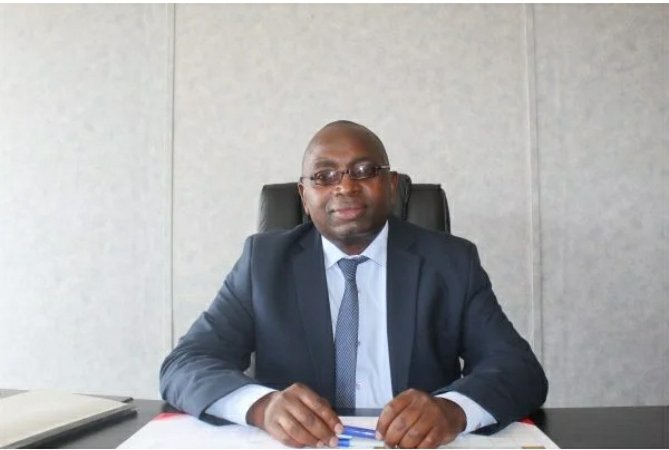 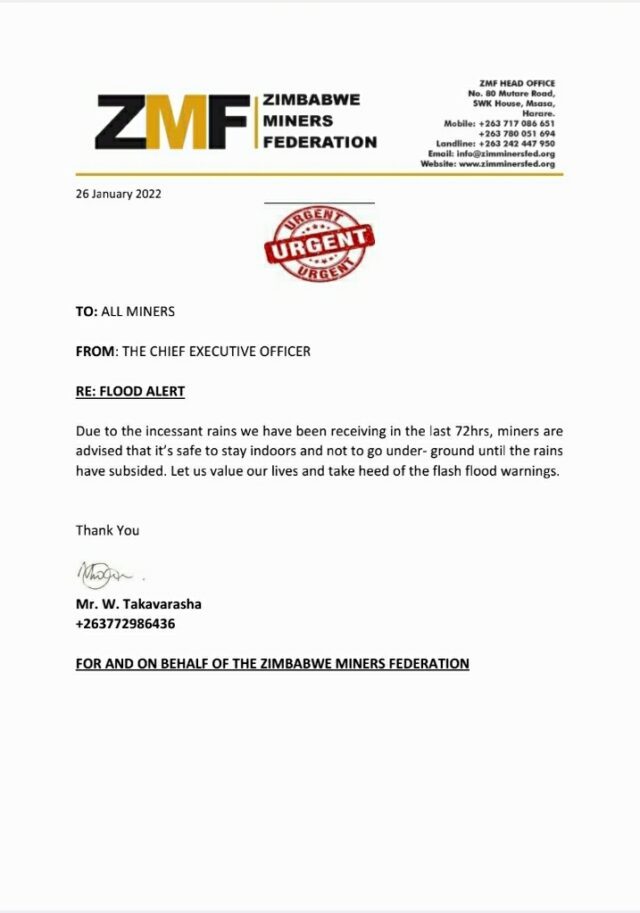 It is critical to value lives after the government sounded an alarm on the tropical storm that is likely to flood shafts and most likely see shafts collapsing in affected areas.

The ZMF CEO warned miners that it was important for them to save lives by downing tools as weather focus reports are not favouring the extraction of minerals.

“Due to the incessant rains we have been receiving in the last 72hrs, miners are advised that it’s safe to stay indoors and not to go underground until the rains have subsided. Let us value our lives and take heed of the flash flood warnings,” Takavarasha said.

Tropical Storm Ana made landfall in Madagascar on Monday before ploughing into Mozambique and Malawi through the week, bringing torrential rains.

Madagascar on Thursday night declared a state of national disaster as the death toll rose to 48. Mozambique reported 18 killed while 11 had died in Malawi.

In the three hardest-hit countries, tens of thousands of homes were damaged. Some collapsed under the heavy rain, trapping victims in the rubble.

In Madagascar, 130,000 people fled their homes. In the capital, Antananarivo, schools and gyms were turned into emergency shelters.

“We only brought our most important possessions,” Berthine Razafiarisoa, who sheltered in a gym with his family of 10, said.

In northern and central Mozambique, Ana destroyed 10,000 homes and dozens of schools and hospitals, while downing power lines.

Mozambique and international weather services warned that another storm, named Batsirai, has formed over the Indian Ocean and was expected to make landfall over the weekend.

It “might evolve into a severe tropical storm in the next few days”, the United Nations said in a statement.

Up to six tropical cyclones are expected before the rainy season ends in March.

previous
Procedures & Criteria of obtaining mining claims in Zimbabwe
next
ZMF strategies for the achievement of US$8 billion in 2022
× How can ZMF help you?