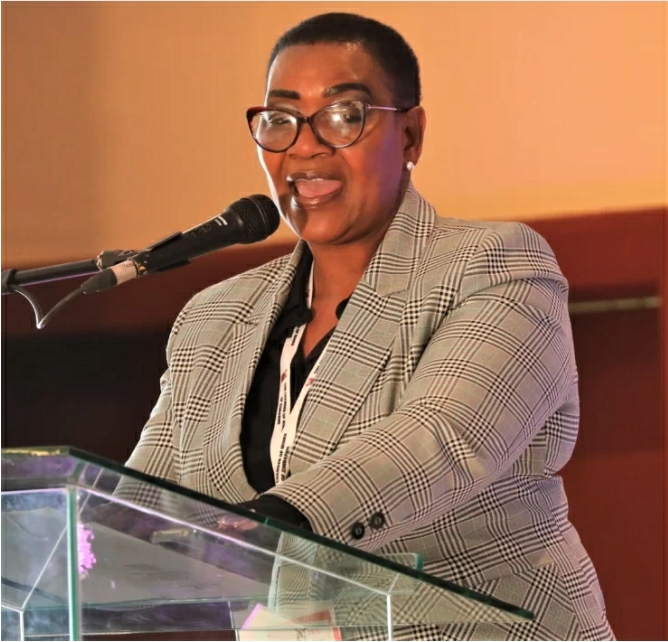 In an endeavor to see the growth and development of the Artisanal and Small-Scale Mining (ASM) sector under her watch, Zimbabwe Miners Federation (ZMF) President Ms. Henrietta Rushwaya has called on the justice Ministry to complete the editing of the mines and minerals bill to ensure that mining policies are beneficial to ASM progress.

The ASM sector has been calling for the government to speed up the amendment of the Mines and Minerals act which has taken over a decade to the disadvantage of small-scale miners who at times are outlawed and arrested despite their economic contribution significance.

Speaking at the 2022 Chamber of Mines Annual Conference last week the ZMF President, Ms. Rushwaya said the delay in the tabling of the act before parliament is affecting the ASM sector negatively.

“Honourable Minister can you bring this matter to the Justice Minister that the Attorney General’s office is delaying unnecessarily in ensuring that policies to do with mining are put in place and this is greatly affecting our sector.” She said,

The President of the Republic of Zimbabwe Dr Emmerson Dambudzo Mnangagwa speaking at the inaugural 2021 Mining Industry Sector Awards at State House early this year called on the Minister of Mines and Mining Development Hon Winston Chitando to speed up the amendment of the Mines and Minerals Act for the achievement of the US$12 Billion mining sector.

The President said the snail’s pace at which the amendment of the Mines and Minerals Act has been moving is against the work ethics of the Second Republic.

“The amendment of the Mining and minerals act has rather taken too long Hon Minister (Winston Chitando). And this is against the expectation and work ethics of the second Republic. The amendment process must be speeded up to capture the interest of the various mining stakeholders and best practices in the sector.”The President said.

Ms Rushwaya said the new mineral policy should take a leaf from Tanzania and Zambia’s handling of the small-scale and artisanal mining sector to come up with a robust legislation that has the capacity to oversee a transformation of the ASM sector.

“There are case studies which have been carried out in Tanzania where they have primary mining licenses issued specifically to indigenous Tanzanians.

Madam Rushwaya said in the short term, if the delay of the amendment persists, it was important for the Ministry of Mines and Mining Development to issue a statutory instrument that empowers ASM growth and development.

“Our expectations from the government are that we should have a statutory instrument that empowers miners, and that we migrate from Environmental Impact Assessment to Environmental Management Processes.

“We are also looking at the strengthening of the Artisanal and Small-Scale Mining desk to a department which focuses on the ASM sector,” madam Rushwaya said.